#Proxyshell in #tortillas recipe #ransomware
We have seen a new actor named tortillas abusing proxyshell to run ransomware.
The ransomware maybe born from the leaked #Babuk code.
The attack is originated by the IP: 185.219.52.]229 @58_158_177_102 @sugimu_sec pic.twitter.com/LcuNw88fOo

The attack chain starts with a downloader module on a victim’s server in the form of a standalone executable format and a DLL. The DLL downloader is run by the Exchange IIS worker process w3wp.exe.

Then the loader will connect to ‘pastebin.pl’ to download an intermediate unpacker module that decrypts the embedded Babuk ransomware payload in memory and injects it into a newly created NET Framework process (AddInProcess32).

“The Babuk ransomware module, running within the process AddInProcess32, enumerates the processes running on the victim’s server and attempts to disable a number of processes related to backup products, such as Veeam backup service. It also deletes volume shadow service (VSS) snapshots from the server using vssadmin utility to make sure the encrypted files cannot be restored from their VSS copies. The ransomware module encrypts the files in the victim’s server and appends a file extension .babyk to the encrypted files.” reads the analysis published by Talos. 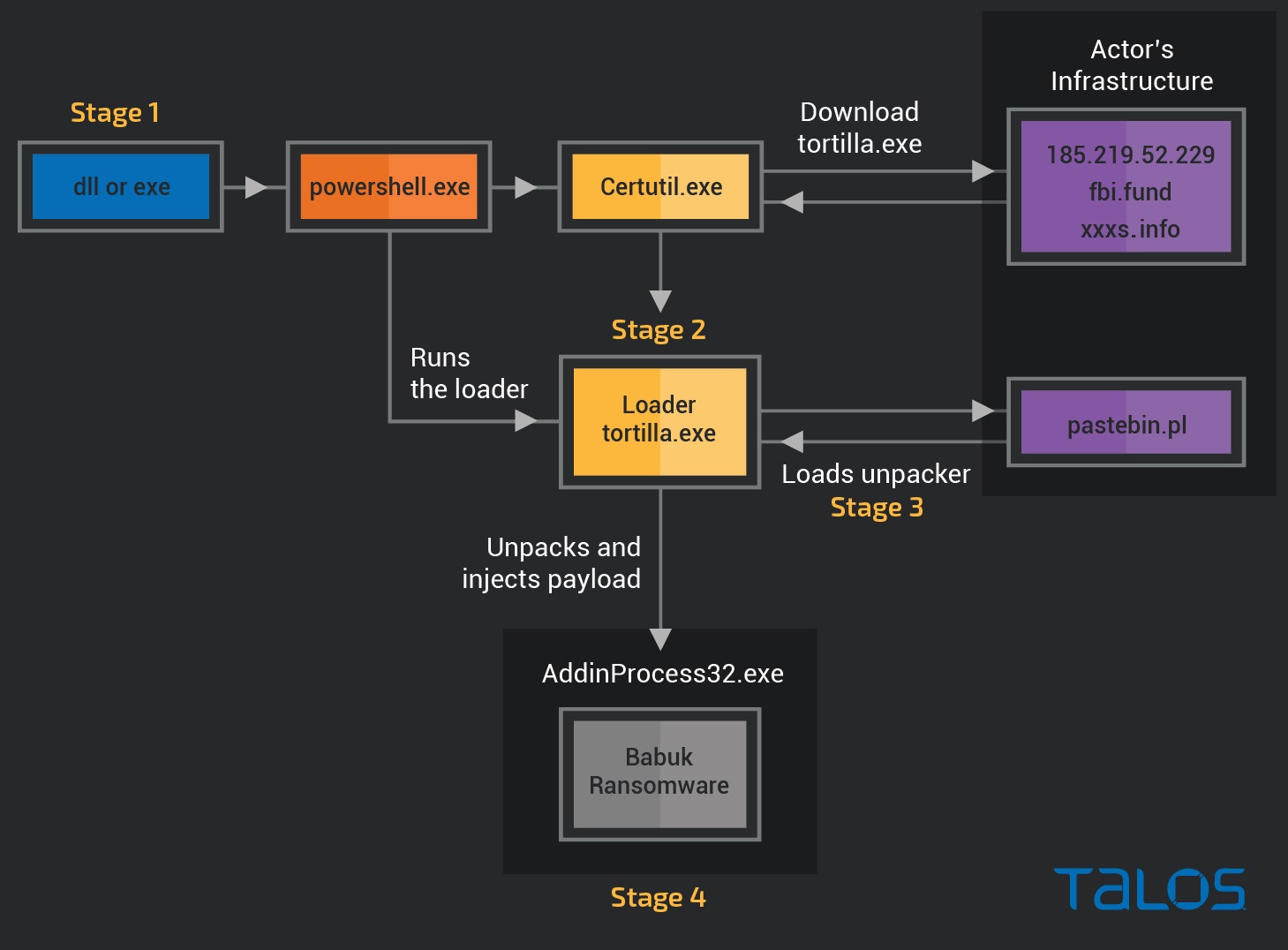 The Tortillа group is demаnding а $10,000 USD rаnsom in Monero to recover the encrypted documents.